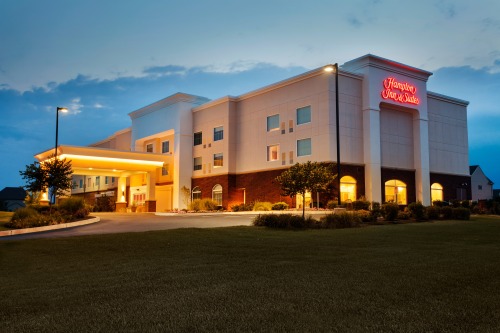 Springwood’s Hampton Inn & Suites Hershey Near the Park. on Route 39 Hershey Road North, has just been honored by TripAdvisor.com  as a 2016 Travelers’ Choice winner! This award is based on the reviews and opinions of the TripAdvisor global travel community, and is the highest honor given by TripAdvisor.

The Hampton was one of only 25 hotels in the country to receive the award in the “Family Category – United States.” You may be surprised that the list of 25 also includes Disney’s Wilderness Lodge, Disney’s Aulani Resort, and Disney’s Art of Animation Resort.  It’s wonderful being in such fine company.

Tripadvisor.com is one of the most ruthless and transparent guest-feedback sites in the world. And now, in the eyes of guests who have actually stayed here, this Springwood hotel is one of the most highly regarded in the United States.

Congratulations to everyone on the Springwood team who made this high honor happen!

One response to “Hampton Inn & Suites Hershey Honored by Tripadvisor”