Reprint of an article by Helena Iveson HNN correspondent on May 27 2015, Hotel News Now

GLOBAL REPORT—Kenneth Macpherson, CEO of InterContinental Hotels Group in Greater China, puts it well: “Booming China outbound travel is changing the global tourism landscape.” As such, hotel companies are taking notice and catering to this band of travelers.

In 2014 Chinese travelers made 107 million outbound trips, according to the China National Tourism Administration. The United Nations World Tourism Organization reported that these travelers spent a record $165 billion the same year, making them the world’s biggest spenders and the world’s largest outbound tourism market.

Hilton, along with IHG and Hyatt Hotels Corporation, are responding with offerings that appeal to this particular segment. Most recently IHG announced its “Zhou Dao” program, while Hyatt has “Nin Hao” and Hilton has “Huanying.”

“As more Chinese travelers come to the U.S., many for the first time, the Huanying program continues to be more and more relevant, especially with offerings like 24-hour interpretation service, comforting favorites like traditional Chinese breakfasts and in-room tea service,” Scofield said.

“It is important to Hilton to ensure we’re evolving as our guests evolve and grow both from a numbers perspective—expanding Huanying to more properties around the world—and from an experience standpoint, so keeping our pulse on what matters to Chinese travelers and continuing to evolve our offerings to meet their needs,” he said.

IHG launched its program in April and offers Chinese travelers a home-away-from-home experience, according to Macpherson.

“IHG is capitalizing on its over three decades of operating experience in China,” he said, adding that almost 100 hotels across the globe participate in the program with the number to reach 250 by year’s end.

Training staff is also a vital part of the plan, and IHG has invested heavily in equipping its worldwide hotel staff with Chinese etiquette, culture and hospitality training. Macpherson said that by the end of 2014, more than 10,000 global employees acquired “Zhou Dao” service training.

These programs are paying off, sources said.

“Among all participating Hilton Huanying properties, Hilton has seen a 15.3% year-over-year growth in Chinese visitors in the past year,” Scofield said.

Katherine Cole, regional director of Hotels.com in Asia/Pacific, agreed these programs are needed and are proving popular.

“Levels of preparedness have changed a lot, but still need improvement,” Bowerman said. “Even 18 months ago, I was in London talking to hotel managers and even though it was September, several weren’t aware that it was soon to be a national weeklong holiday in China so that many Chinese tourists would be heading their way.”

Jan Freitag, senior VP of strategic development at STR, the parent company of Hotel News Now, does strike a note of caution for hoteliers who are expecting Chinese travelers to be their saviours.

While some prognosticators say this is one of the huge reasons for the prolonged recovery cycle in markets in the U.S, Freitag is not convinced.

“Chinese travelers have an important effect, but it’s not yet vital. The year-on-year growth rate is 21% and very impressive, but in terms of the absolute number of travelers, Chinese visitors are the fifth biggest market to the U.S. with just under 2.2 million in 2014.”

In November 2014, the U.S. agreed to increase the number of short-term tourist visas available to Chinese people, so it’s likely that numbers of visitors will keep on climbing. Hilton’s Scofield said, “Given the rising Chinese middle class and explosion in outbound leisure travel, we expect to see arrivals in U.S. cities to rise. For the U.S. in addition to favorites like New York, San Francisco and Los Angeles, we anticipate a rise in locations with new direct flights like Dallas.”

Congratuations to the Staff of the Homewood Suites by Hilton York, PA 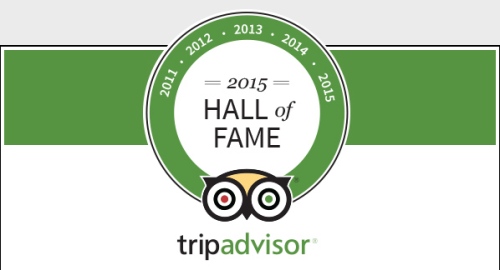 The Homewood Suites by Hilton York, PA just became our first hotel to enter the TripAdvisor Hall of Fame.  We congratulate Team Homewood York for their diligent pursuit of guest delight and Springwood-style hospitality.

Why does Springwood have only one hotel in the Hall of Fame?  Only one of them has been open more than five years!  Fact is, EVERY Springwood hotel has won the TripAdvisor Certificate of Excellence every full year it’s been open.  That’s a heaping load of Springwood hospitality!

Congratulations to the team at EVERY Springwood hotel for once again winning the TripAdvisor Certificate of Excellence for guest satisfaction that’s in the top 10% of hotels worldwide.

Dear reader, this is the most significant article I’ve posted in a long time.  It’s longer than most articles I post here; please take time to read it. – Dave Hogg

Adapted by Dave Hogg from a May 14, 2015 article by Patrick Ford article in Hotel Management

In 2014, total investment in the United States lodging industry was an estimated $30.8 billion. Of the 1,292 hotels that were transacted, 935 reported a selling price into the public domain. The average selling price per room for those hotels was $156,002, up a dramatic 20.6 percent year-over-year.

The healthy increase in selling prices is due to record-setting hotel revenues and profits, low interest rates and the availability of attractive financing terms. Another part of the equation is that interest rates, although expected to rise, still remain attractive, causing competition to intensify for prized single assets and portfolios. Lodging Econometrics, a nationally respected hotel industry research firm, foresees selling prices continuing to accelerate for the next several years as hotel performance continues to shine in the absence of any significant new supply.

In 2014, a total of 1,292 hotel assets transacted or transferred ownership. Since the bottoming out in 2009 at 528 hotel transactions, total transaction volume over the past five years has ranged between 1,261 and 1,457 hotels. It is a narrow range far distant from the 3,218 transactions and transfers reported in 2007.

There were 799 single-asset transactions and another 481 hotels that changed ownership as part of a portfolio sale in 2014. A mere 12 hotels were recorded as part of merger activity. It is thought that any significant industrywide consolidation of companies and brands may still be at least another year away, after the expansion phase of the current real-estate cycle further accelerates.

BUYER AND SELLER ACTIVITY
For just the hotels that reported a selling price, investment totaled $22 billion. Equity funds were the most active investors in 2014, adding $7.4 billion in hotels, most of which were portfolio purchases. Publicly traded real-estate investment trusts were the next biggest acquirers. They invested $6.4 billion, primarily focusing on high-profile single assets divested by privately held hotel companies. Although on balance they were net sellers in 2014, privately held hotel companies were also significant buyers, investing $4.4 billion, mostly in single assets and smaller portfolios.

Publicly traded REITs were significant purchasers of large, high-profile, single-asset luxury and upper-upscale hotels that mostly come to the market during periods of high liquidity. The heavy demand for these assets from equity funds, REITs and privately held hotel companies caused a shift in the 2014 transaction mix. For the first time in this cycle, more than 50 percent of all hotel transactions occurred in the luxury, upper-upscale and upscale chain scales.

LE expects that transaction volume will intensify and selling prices will continue to soar through the expansion phase and into the early part of the maturity phase of the current cycle, probably peaking one to two years ahead of industry profitability.

CONSTRUCTION PIPELINE
With 3,645 projects and 460,551 guestrooms, the 2014 total construction pipeline stands at its highest level in six years. After a three-year bottoming formation, the pipeline now has posted five consecutive quarters of double-digit YOY growth. In both the third and fourth quarters of 2014, YOY increases were particularly impressive, exceeding 20 percent. Although the breakout might appear robust, pipeline totals are still a long way from the peak of 5,438 projects and 718,387 guestrooms set in 2007.

Project growth in the early planning stage is just beginning. The cyclical bottom for projects in early planning just occurred in the second quarter of 2014. But project totals bounced forward smartly in the second half of the year, adding 221 projects, and ended 2014 at 1,208 projects and 164,048 guestrooms.

Projects in early planning directly influence the number of hotels that will open three to five years outward. Projects that enter the pipeline in early planning are generally larger hotels in downtown or resort locations. Most are upscale select-service projects, while others are upper-upscale and luxury full-service hotels that are frequently part of mixed-use developments. Planning and permitting these larger, more complex projects is typically more protracted and also comes with longer construction periods. These projects generally open near the end of a real-estate cycle, often after the cycle has already peaked and begun to decline. Project counts in early planning are expected to spurt forward over the next two to three years and make significant additions to new supply toward the end of the decade.

Adapted by Dave Hogg from a May 12, 2015 Ryan Rudnansky article in Travel Pulse

Hotel bookings from individual business and leisure travelers spiked across a variety of digital channels in the first quarter of 2015, according to data from the TravelClick North American Distribution Review (NADR). That includes bookings made through official hotel websites, online travel agencies (OTAs), and Global Distribution Systems (GDS).

OTAs (which include Expedia.com, Hotels.com and Bookings.com) experienced the greatest jump in bookings, with a 15.1 percent increase compared to the first quarter of 2014.

On the flip side, “Hotel Direct” reservations — reservations made via direct calls and on property — decreased by 8.4 percent, while bookings through hotel 800-numbers (the CRO channel) dropped by 6.1 percent.

But while bookings have increased the most through OTAs, hoteliers should still focus on GDS channels to boost ADR, according to TravelClick.

ADR will continue to grow across all distribution channels over the next two quarters, based on reservations currently on the books, according to TravelClick. As it currently stands, ADR will spike by 4.3 percent and 5.9 percent in the second quarter and third quarter of 2015, respectively.

“As we enter the peak travel season, the distribution outlook continues to remain consistent from last quarter with travelers continuing to gravitate towards digital booking engines,” said John Hach, senior industry analyst at TravelClick, via a release. “It is evident that hotels are focusing on average daily rate (ADR) to drive revenue per available room (RevPAR) as they ramp up for summer.”